As Common In, artists and participants travel across Amsterdam, writer Winne van Woerden and photographer Sander van Wettum travel along. They are observer-participants and reflect – through text and image – on the art works and events. This time: Mujaawarah.

It is quite a struggle to find the proper entrance of the Oude Kerk. The not-so-famous Church is located in the very heart of the city of Amsterdam right next to the not-so-not-famous Red Light District. Having been build around 1306, it is considered the oldest building in the whole of Amsterdam.

When I give the Church my first visit at the evening of the 25th of April, there’s a small note attached to its entrance door. “Drop-In – It’s OK”, it says.
I came to attend an event called “Mujaawarah/Neighbouring – Practices of collective learning and ‘making time’ ”, as part of IT’S OK…, a collective durational undertaking coordinated by Jeanne van Heeswijk and Yvonique Wellen.

I remember coming home afterwards struggling to describe what exactly the event had been about. The only thing I knew was that I would have loved it to last longer. So to all the fellow participants in the event: please forgive me for not being able to recuperate the full dynamics of the evening in this written piece. I will try my best at least. 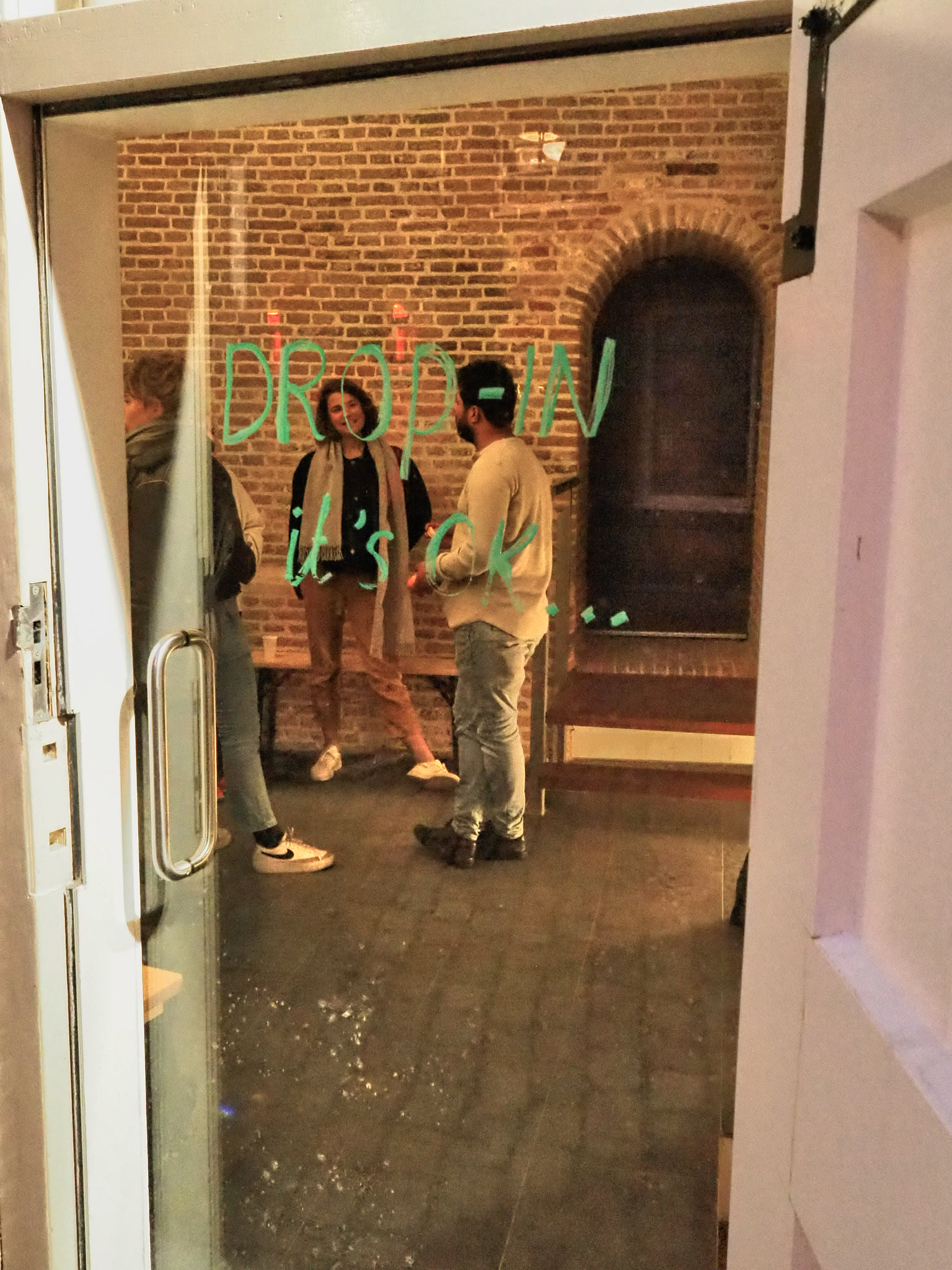 Uncertainty as a condition of opportunity
The evening starts off with a story by Isshaq Al-Barbary. He shares with us his experience growing up in a refugee camp in Palestine, and how that experience has shaped his current work as an artist and researcher. Al-Barbary now focuses on the interactions happening between refugees and their lived spaces.

As Al-Barbary puts it: “When you become categorized as ‘stateless’, it has a massive impact on your identity. You don’t fit within the system, you are considered ‘unknown’. (…) For me, it unleashed a lot of political imagination. It allowed me for imagining different ways of being. Of relating to others, to the economic system and to concept of the nation state as a whole.”

A feeling of uncertainty often creates a sense of instability, of fear, and of insecurity. But as Al-Barbary argues “Uncertainty can be a condition of opportunity as well, I hope, I believe”

Negotiating daily life
A key feature of refugee camps is that they are designed to exist on a temporal basis. But in reality, many refugee camps exist for more than seventy-five years. As a consequence, there is a structural lack of space. Also, it becomes heavily ambiguous what is considered a public domain and what the private. As Al-Barbary reflects: “just the image of having an empty space is basically impossible”.

What does this contradiction between temporality in theory and permanently in practice mean for how people construct their livelihoods? And how do the blurred lines between the private and the public sphere play a role? Al-Barbary shares with us that there are key questions he asked himself when living in the refugee camp.
He elaborates on how he got interested in the spaces in society where people who physically live close together negotiate daily life without much intervention from any kind of power, and how he learned that in English, this could be captured by the verb ‘commoning’. 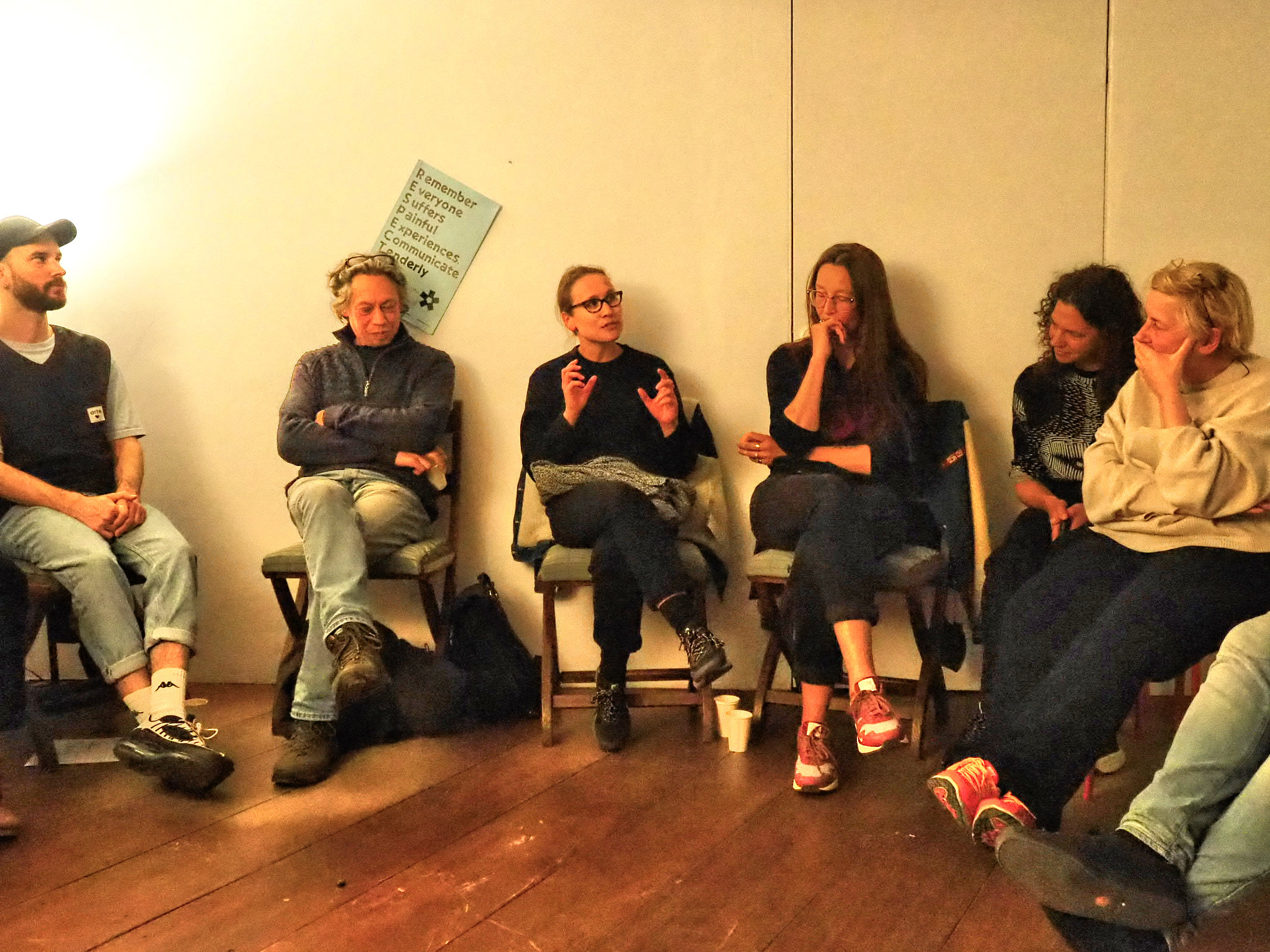 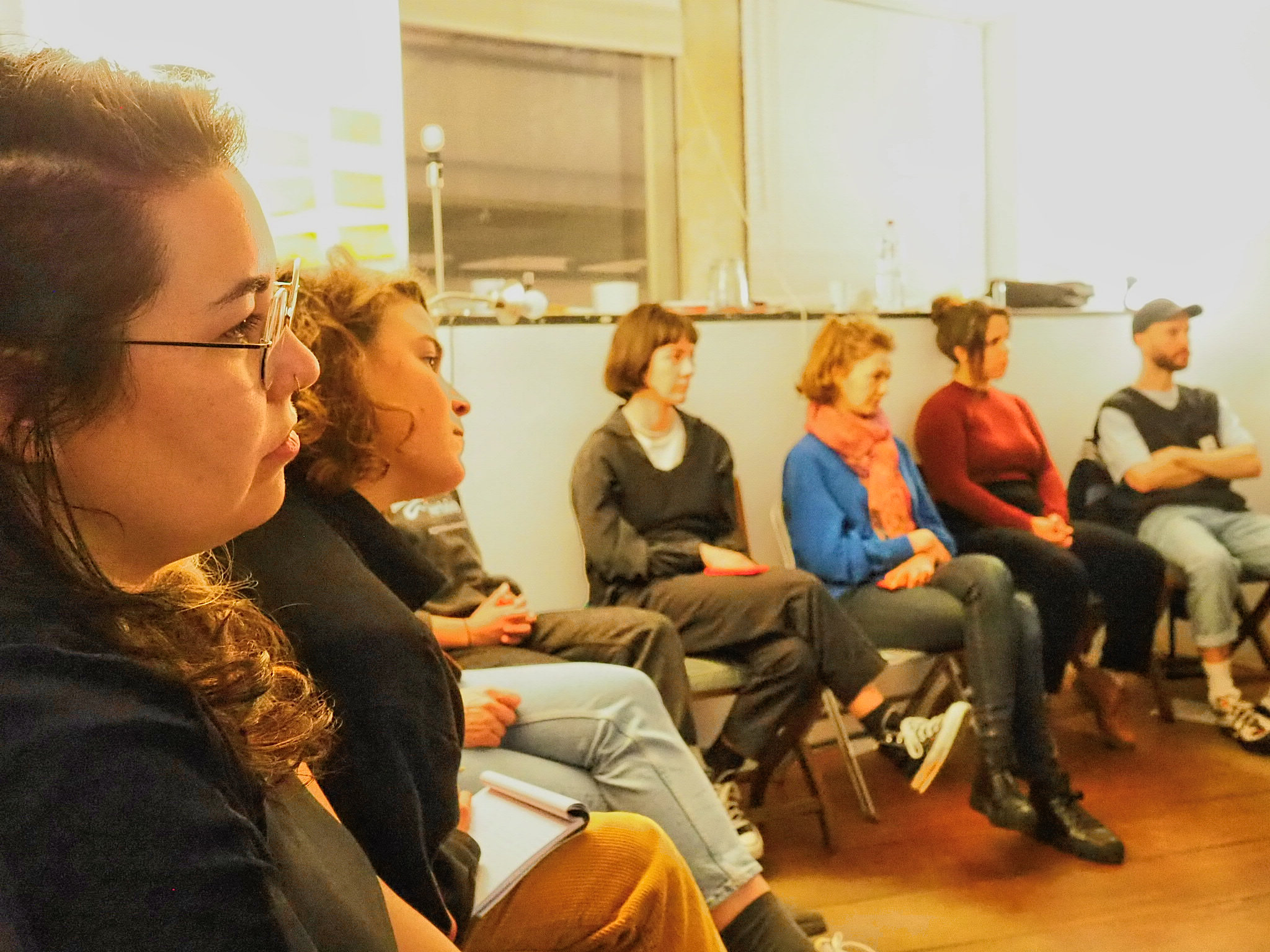 As Al-Barbary puts it: “It is a social act during which there is no ownership on an individual basis – there is only collective ownership that emerges through collective processes and the sharing of time”.

Of course, this process of negotiation takes different forms based on the context in which it takes place. Commoning is always rooted in local characteristics and commonalities.
“In the case of a refugee camp, we are speaking of a highly politized context. You are continually negotiating not just your needs, but your means for survival”, Al-Barbary recalls.

Al-Barbary tells us that when he came to Amsterdam, he decided to from a group with other refugees to experience Mujaawarah, an Arabic word that may be best translated into English as ‘neighboring’ or ‘gathering’.

We also learn that Mujaawarah is about careful listening. About creating an environment of trust and about creating tendering conversation. And we learn that ‘being together’ is not necessarily the same as ‘coming together’. As Al-Barbary argues, the latter emerges through what could be described as commoning time: the collective process of sharing time together as a community of people, where each individual taking part in the activity can take ownership over how to steward that time as a shared resource. In that process of commoning time, we need to make sure not to eliminate differences. This would be absolutely toxic. 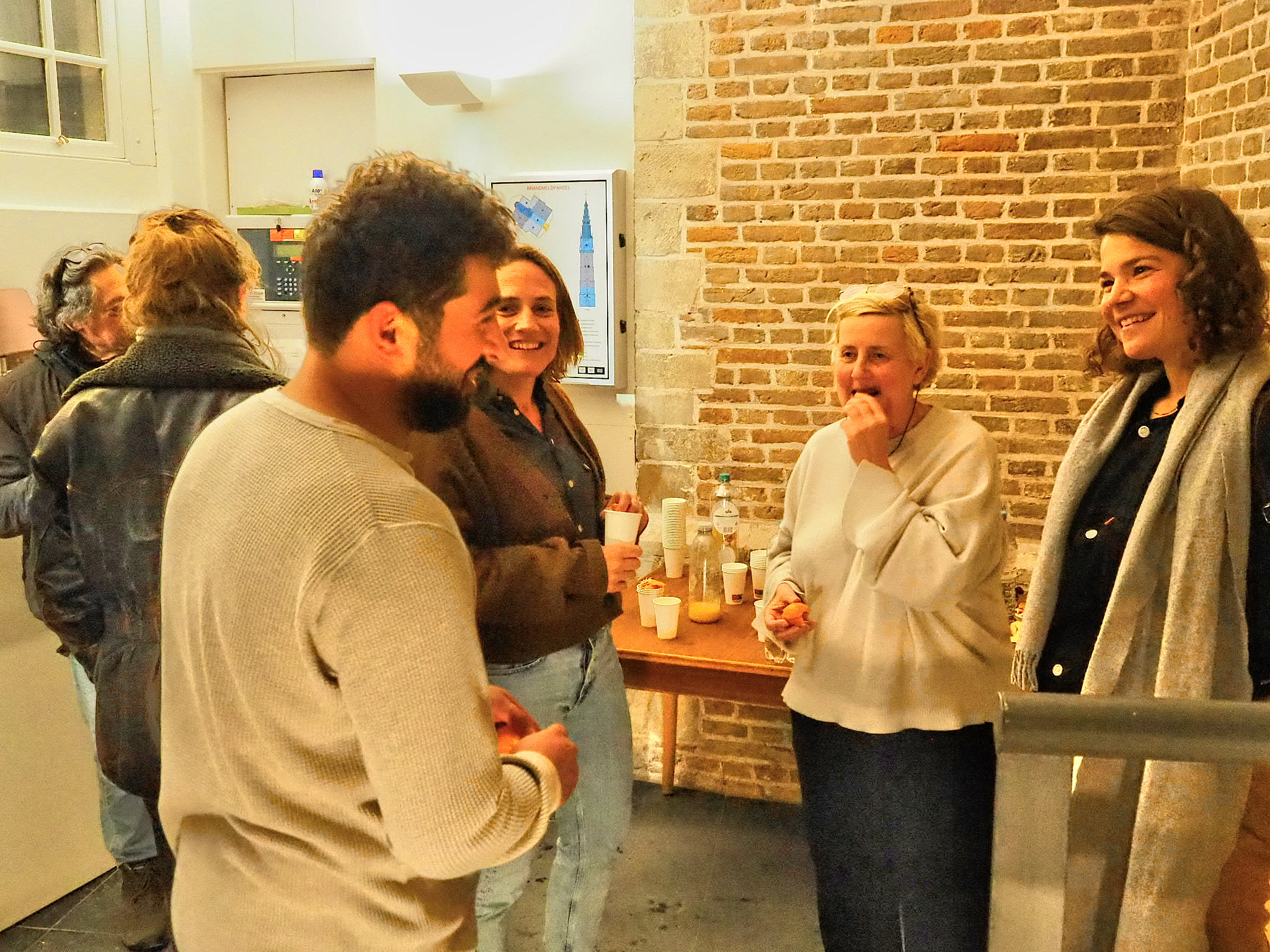 From loosing time to commoning time
As the evening unfolds and the group starts to open up a bit, more and more participants are sharing how they experience that their time is increasingly under pressure. Interestingly, it was this feeling that made many decide to come to this particular evening that was specifically about collective learning and ‘making time’.

It begins I guess, with having more spaces – like Drop-in – It’s OK in de Oude Kerk – where we can not-consume. As one of the other participants notes towards the end of the evening, “we will have to become sensitive again, to our environment and to each-other”. For this, we will need to re-learn how we relate to our surroundings, our space and our time.

“In my country, the ‘self’ is always defined in relationship to others. There is no such thing as a ‘me’. The Arabic world for civilization is alhadara, which coms from present, not from civic” responds Al-Barbary.

Language reveals so much about culture..